Design a site like this with WordPress.com
Get started
Skip to content
Nicolas Lewis American Athletic Conference, Temple April 23, 2017 3 Minutes 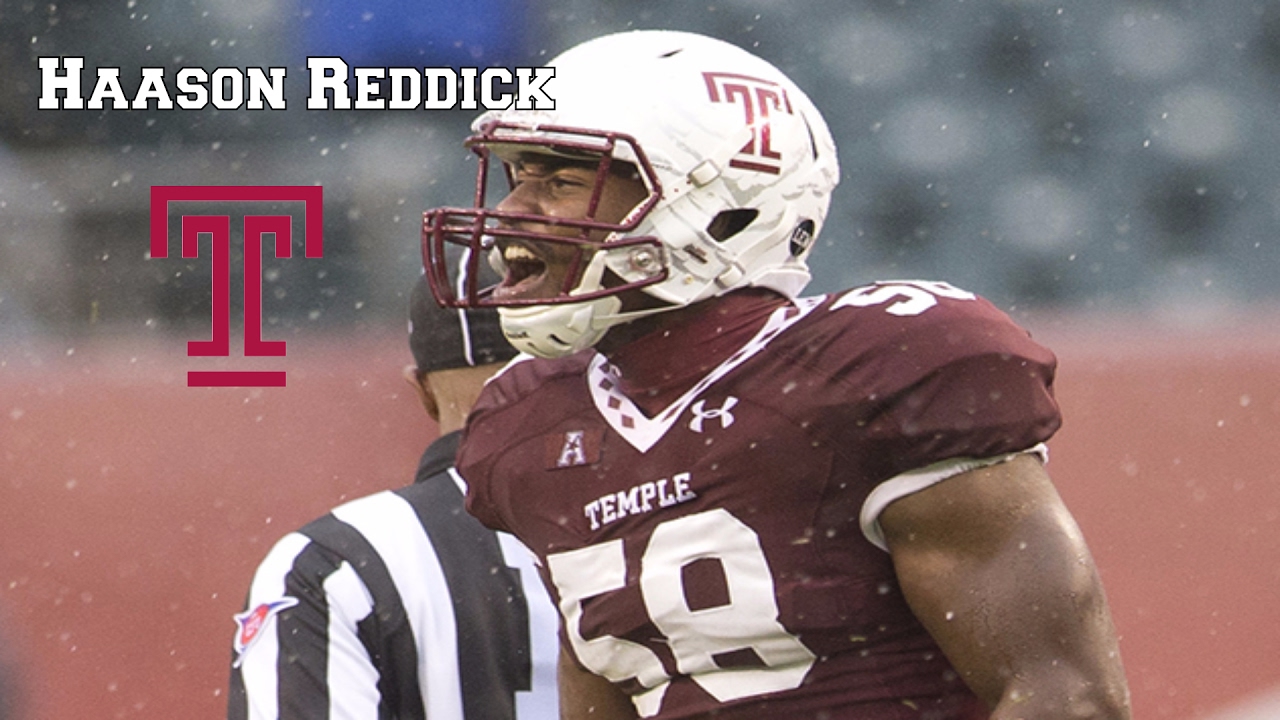 One of the more impressive prospects throughout the NFL Draft process has been Temple Owls LB Haason Reddick. To date, he has blown away draft scouts at the NFL Combine and Temple’s Pro Day. His remarkable performance those two days have some experts uttering the words “potential top five pick”.

NFL Media senior analyst Gil Brandt believes that Temple EDGE/ILB Haason Reddick has “solidified himself as a first round pick.”

Reddick is one of those players that took the hard way to college football and will savor every chance he is given to play in the NFL. He fought through multiple injuries during his last two years of high school and was completely missed in the recruiting process. His decision to walk-on at Temple may have been the biggest reason former head coach Matt Rhule was able to turn around the program.

I cannot think of a player in this upcoming draft that could potentially play at as many positions as Reddick. He has that quick twitch movement that allowed him to get to the passer at the college level, he is incredibly athletic and agile, and fast to the tune of a 4.52 time in the 40 yard dash at the combine. A team could line him up in the middle on first down, play him at outside linebacker on second down, and rush him as a defensive end on third down. He could do all three with excellent production if asked.

The fact that Reddick walked on at Temple as a defensive back should tell you quite a bit about his utility qualities.

After spending his time at Temple rushing the passer, the Senior Bowl coaching staffs asked Reddick to step in at middle linebacker and he did not miss a beat. It was clear that he put in some time and learned several lessons about technique heading into that performance. Having a mentor like Tyler Matakevich in the NFL for advice definitely helped with his progress.

Reddick needs to log in some game time at MLB, but he has all the qualities needed to be a three down inside linebacker at the next level.

His overall size necessitated a move to linebacker at the college level. He is just too undersized to rush the passer and set the edge versus the run on a regular basis versus 300 pound offensive tackles. Facing big linemen, he can get a bit overwhelmed by the size and struggle to get away from blocks.

Where will Reddick be drafted?

I have to admit that I never saw the ascension of Reddick coming. He has shot up from a 2-3 round pick to an almost guaranteed first round choice since the beginning of the 2016 season. Not only is he going to be picked in the first round, some believe he could even go in the top 10 overall. What a wild move for a former walk-on cornerback.

The Bengals and Saints jump out as teams that would love to add Reddick to the roster. Cincinnati recently let Rey Maualuga go in free agency and need a replacement, but pulling the trigger at #9 pass rushers like Derek Barnett on the board would be tough. Instead, two picks later seems like the home for Reddick.

I predict Reddick going with the #11 overall pick to the New Orleans Saints.